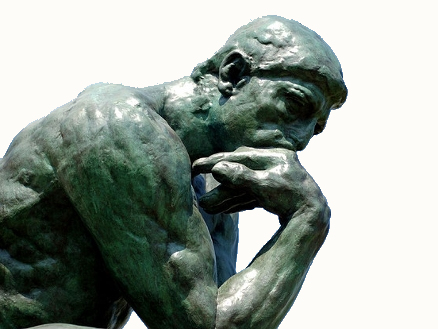 On the evening of October 16, at the Veterans Hall in Valley Springs, District One Supervisor Tofanelli and District Five Supervisor Ben Stopper hosted a public meeting to consider, yet again, an updated community plan for Valley Springs. This was prior to the adoption on November 12 of the Calaveras County General Plan Update (GPU) which has no Valley Springs Community Plan (VSCP). Leaving the VSCP out of the General Plan was a forgone conclusion based upon the July 2019 GPU hearings and the historical record.

It was mostly Tofanelli’s show at the Vet’s Hall. Stopper was there to represent that sliver, as he says, of the GPU Valley Springs Planning Area that is in his district (I live in that sliver). Tofanelli has been the supervisor representing Valley Springs for six of the last ten years.  He served one term beginning in 2009, was defeated by Cliff Edson and was then re-elected in 2017. He intends to run for re-election in 2020.

At the October 16 VSCP meeting, Supervisor Merita Callaway of District Three was in the audience. About a dozen folks, including Callaway, showed up. Not quite the hundreds of people who packed the Valley Springs Elementary School multi-purpose room during the Calaveras Council of Governments (CCOG) community plan update in 2009 and 2010, but, hey, it’s a start.

The CCOG led a VSCP update project with the benefit of a generous budget, professional planners, significant public participation, and a process that mirrored the GPU. The CCOG project resulted in an updated plan for Valley Springs, completed in October 2010, which was consistent with the Calaveras County General Plan and the California Environmental Quality Act (CEQA). However, another community plan was written by the impromptu Valley Springs Citizens Committee under the tutelage of Supervisor Tofanelli. Their final draft was completed in February 2011.

Instead of working with the CCOG project partners, which included the county’s own Planning Department, Tofanelli fostered a competing community plan which contributed to the controversy that had arisen in the course of the CCOG project. Yet, neither the CCOG plan nor the Committee plan was adopted by the Board of Supervisors in spite of the fact that Valley Springs had been designated a planning priority by the board in 2007.

CCOG and the County Usually Work Together

The CCOG is the Regional Transportation Planning Agency (RTPA) for Calaveras County. According to its website, “The Council is composed of seven members – two County Supervisors, two Council Members from the City of Angels, and three members selected from the public at large.” CCOG recognizes, “Grants are an invaluable source of funding for transportation and community planning projects. Calaveras Council of Governments devotes significant amounts of time and energy to applying for and managing grant money as it becomes available.” Tofanelli is currently the Council chair (the current CCOG director and staff were not involved in the Valley Springs Community Plan project).

CCOG was the primary applicant for the $204,648 Caltrans Community Based Transportation Planning grant that funded the 2009-2010 VSCP update project. CCOG also provided $51,162 in matching funds. In a March 11, 2009, email from interim Planning Director Brent Harrington to then CCOG Director Tim McSorley, while acknowledging challenges affecting the project, Harrington said, “[W]e are encouraged that there may be a means to develop a new VSCP thru your grant.” Tofanelli was copied on the email. Of course, Caltrans was very interested in Valley Springs, because there are distinct advantages for them in having a well-planned community at the intersection of two state highways, 12 and 26.

The grant project partners included the CCOG; the Calaveras Community Development Department, now the separate Planning and Building Departments; the Local Government Commission, a national non-profit organization dedicated to helping local governments and their constituents build livable, resource-efficient communities; and MyValleySprings.com (MVS), a local non-profit organization whose mission is “to promote responsible growth and development through public participation in community planning in order to preserve the quality of rural life in the greater Valley Springs area.” MVS had been working on creating public interest in a new community plan since its creation in 2005.

In spite of the incredible level of expertise of those involved in the CCOG community plan project, on June 1, 2010, the Board of Supervisors approved a motion made by Supervisor Tofanelli to insert the Citizens Committee map into the updated General Plan as the preferred land use map and to make the map from the CCOG plan an alternative. Historically, in regard to community plans the supervisors always defer to the supervisor in whose district the community is located. So it is notable that Supervisor Callaway was the lone dissenting vote. Ironically, the current Valley Springs Planning Area map in the county’s GPU is not Tofanelli’s preferred map, but apparently he didn’t object when he was re-elected.

The Blended Plan is Pulled from the Planning Commission Agenda

At the October 16 Vet’s Hall meeting, Tofanelli handed out a 15-page rough draft from September 2016 that blended text from both the CCOG and Committee plans. This rough draft was the basis for the 4-page draft blended plan recommended by Planning Department staff that nearly made it onto the Planning Commission agenda in January 2017, but it was pulled from the agenda at the behest of Supervisor Tofanelli.

There must have been some serious miscommunication between Tofanelli and Planning Director Peter Maurer back in late 2016. It seems unlikely that Maurer would have put the draft blended plan on the Planning Commission agenda in January 2017 if he didn’t think Tofanelli supported the idea. It only takes three supervisors to fire Maurer.

According to the staff report on the pulled agenda item dated January 26, 2017, “Members of the citizens’ group, MyValleySprings.com that supported the CCOG plan met with then Supervisor-Elect Tofanelli and staff, and presented a combined or merged draft plan in December, 2016. Staff reviewed the combined document and refined the text and policies into the proposed draft presented herein (Attachment 1).”

In response to an email inquiry, MyValleySprings.com Secretary Colleen Platt wrote, “Planning Director Maurer met with two MyValleySprings.com members and District 1 Supervisor-elect Gary Tofanelli at the Planning Department in November 2016, to review a possible first draft ‘blended’ Valley Springs Community Plan. Supervisor-elect Tofanelli was previously given a copy of this draft, was informed and invited to the November meeting at Planning, attended, and gave input on the draft plan at that meeting.” What seems clear from both sources is that a meeting took place prior to the January 2017 Planning Commission meeting, and Supervisor Tofanelli was an active participant. Why did he pull the blended plan from the agenda?

The big announcement at the recent Vet’s Hall meeting was that the public can now comment on the VSCP by visiting the Calaveras County Planning Department webpage, select “Projects” at the top of the page and click on “Special Planning Projects” in the drop-down menu which will take you to the “Valley Springs Proposed Community Plan.” There is a link to provide comments, presumably after you have read the CCOG plan, the Citizens Committee plan, the September 2016 draft blended plan, and the January 2017 staff recommended draft blended plan. You can also view the current map of the GPU Valley Springs Planning Area.

The CCOG plan is about 120 pages, the Committee Plan is around 70 pages, the first blended draft is 15 pages and the second blended draft is 4 pages for a total of approximately 209 pages. The plans seem to have gotten progressively shorter. After you have read everything, then you get to compare and contrast the multiple plans and their respective goals, policies, and implementation measures. To be thorough you will also need to reference the Community Planning Element in the General Plan. You’ll need to get busy, because as they adopted the updated General Plan on November 12, the supervisors agreed to amend the plan in six months to add community plans for both Valley Springs and Copperopolis—an ambitious timeline.

I can’t wait for the next community plan meeting, which we are assured is coming after the first of the year. We’re also assured it will be much better publicized. Call me cynical, but if Valley Springs does get a community plan it will be the condensation of years and hundreds of thousands of dollars into a sad, pathetic little document that does not genuinely reflect the residents’ vision for Valley Springs. I am still struggling to grasp why the county’s number one planning priority since the GPU began in 2007 still has no community plan in spite of the fact that two community plans were completed in that time, and one of those plans was completed by a group of project partners led by the CCOG and which included the county Planning Department.

Why Valley Springs Has No Community Plan

Here is my best surmise as to why Valley Springs has no community plan:

Supervisor Tofanelli is already facing at least one opponent in 2020, and there may be more. He wants to go on the campaign trail and say he is working to get a community plan done for Valley Springs. I think he needs to be asked why we don’t already have one.

Muriel Zeller is a poet and free-lance writer. She is a member of the Calaveras Community Action Project (CAP) Governing Committee and the Calaveras Planning Coalition (CPC). CAP administers the CPC, which has been advocating for sustainable land use planning since 2006. She is a former member of the MyValleySprings.com Board of Directors and co-wrote the Caltrans grant application which successfully funded the CCOG Valley Springs Community Plan update project. Email her at murielzeller52@gmail.com.